5 Celebrities Who Had Lip Augmentation

You are scrolling on Instagram, looking at those hashtagged celebrity photos, you suddenly pause, pinch the photo using two fingers, and you wonder: “Huh, how can one have lips so perfect?” Well, to tell you the truth, there are high chances that that famous person got some work done on her lips.

A host of high profile stars have had their lips beautified through a procedure known as Lip Augmentation. Nowadays, brave celebrities have opened up and revealed that their path to amazing lips had been aided by science, but to some celebs like to keep their cosmetic cards close to their chests.

Not so long ago, people with unshapely lips were not able to do anything about it. In fact, lip job used to be regarded as a risky luxurious treatment reserved for the affluent. Nowadays, with the advent of new technological devices, this cosmetic has become so popular all over the globe. Lip augmentation is a procedure that’s not uncommon. The procedure is probably one of the hottest beauty treatments right now.

In this article, we have compiled a list of some female celebrities who did something about the appearance of their lips and are very much satisfied with the outcome.

With that said, let’s get back to the topic of the day — but before we do that, can you spare us three minutes of your precious time so that we can give you an idea of what lip augmentation is about. Thanks, we knew you are so understanding.

Let’s get straight into it.

READ: Being Comfortable in Your Own Body: Celebrity Cosmetic Surgery Experiences

By definition, lip augmentation is a cosmetic procedure designed to beautify lips by making them fuller, smoother, and plumper. To put it more succinctly, it is a procedure that enhances the shape, structure, and volume of the lips. Lip augmentation can either be performed surgically or by using injections.

In the early years of lip augmentation, doctors used to inject a filler known as collagen (a connectivity tissue that can be found in different animal bodies). But they stopped using it when they discovered that they are better options that can last a bit longer. It was substituted for a much effective dermal filler that contains a substance similar to hyaluronic acid, that is found in the human body.

Benefits of using hyaluronic acid in the lip augmentation procedure are as follows:

It is of paramount importance to mention that you should not be pressured to have any cosmetic procedure, it should be 100% your decision. Be wary of doctors and medical institutions that pressure you into doing this.

For Selena Gomez, it started off as a rumor. The paparazzi spotted her on different occasions. Her photos were showing that she suddenly had a bigger pout. When comparing her older photos, it is reasonable to think that the former Disney star has had her lips filled. No one goes through a major transformation in a short period of time, especially on the lips. Different expert doctors have confirmed that lip fillers have provided her such great lips.

“I’ve had lip fillers” when those words were uttered by a then 17-year-old Kylie Jenner in an E! clip from Keeping Up With The Kardashians, no one was surprised. Literally. Kylie started sporting a fuller pout in 2014, prompting speculation that she had undergone lip augmentation. Soon after having lip fillers, Kylie’s lips arguably became so famous as her family's reality show, and there was even a #KylieJennerLipChallenge trending on twitter. But before she admitted to lip fillers, her famous sisters (Khloe, Kim, and Kourtney) insisted that Kylie’s amazing lips were simply down to clever makeup.

Even if Bella Hadid is one of the biggest supermodels in the world, it doesn't mean that she has no insecurities of her own when it comes to her lips. After all, she is human. She may have not yet confirmed it yet, but different investigations suggest that science chipped in to help her have those eye-catching lips. There's absolutely nothing wrong with deciding to have your lips augmented if you're doing it for yourself, and not being pressured. I mean, who doesn't want to have plump lips. 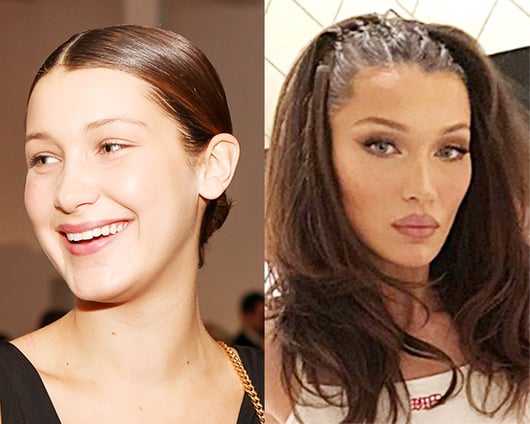 If you have been following Kim Kardashian ever since she rose to stardom in 2007, you will notice that her face has dramatically changed. In case you didn't know, Kim Kardashian and Plastic Surgery are synonymous words. Kim has done a number of cosmetic procedures, from nose jobs to breast augmentation. She even admitted to being a fan of fillers which has gone as far as trying to self-inject a filler in one of Keeping Up With Kardashians episode.

When Britney Spears admitted to having gone through the lip augmentation procedure, she made it sound like it was a treat (of which it was). Britney has had a number of lip injections, and she has openly said that the experience is fun. Besides her music, the American singer, songwriter, dancer, and actress is one of the age-defying Hollywood A-listers who is admired for her looks. 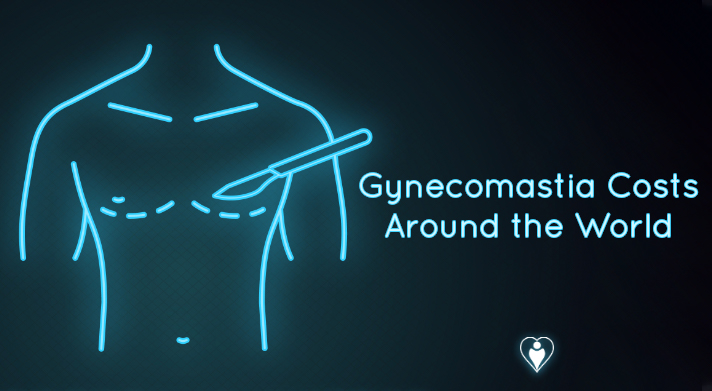 Gynecomastia: Cost Around the World