You don’t have to be a staunch follower of Keeping Up With The Kardashians (KUWTK) to know Kim Kardashian –just being on social media is enough. Kim is known for many things, such as; having the most famous figure in the world; being Kanye West's wife and mother of North West; having a photogenic look that is envied by millions.

Kim first became famous as a socialite pal of Paris Hilton, but now she is more famous than her former boss. Just a quick glance at Kim's pictures before she was famous and a look at her current pictures, you'd most probably suggest that it's not the same person.

As typical of many celebrities, Kim cares about her appearance and she will do anything to eliminate imperfections on her body – no matter the cost.

Kanye’s wife has been under the knife on multiple occasions to the point that her name has become synonymous with plastic surgery. Earlier this year, The Sun reported that Kim had spent around £70k, transforming her body.

If you are one of the people who really want to know how Kim achieved that picture-perfect appearance, this article will tell you all.

Did Kim Kardashian get a nose job?

This was one of the questions that popped up in the comment section of one of Kim Kardashian's Instagram posts. Looking at previous posts in the same Instagram account, you'd see that on this particular picture, her nose was looking slightly more pronounced.

Kim has repeatedly denied having a rhinoplasty (the medical term for a nose job). As an explanation of how her nose changes shape, Kim says that she only uses several ingenious make-up techniques to alter the appearance of her nose. 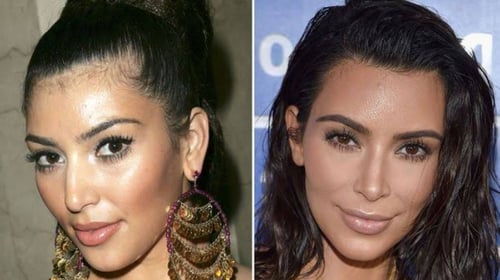 But, certified Rhinoplasty experts do not believe her explanation. Plastic surgery experts say that Kim had a nose job because her nose now appears shorter, thinner and more refined –and this is something that cannot be achieved using any sort of make-up.

A boob job is a cosmetic surgical procedure that is designed to enhance the size and shape of your breasts. After having a boob job, one’s breasts are left with an eye-pleasing youthful appearance.

The definition of a boob job is probably a logical explanation of why Kim Kardashian had this cosmetic procedure. I mean, who doesn't want to have an attractive cleavage?

Pictures of Kim Kardashian before she got famous in 2007 show a flat-chested young woman who had no cup size breasts as she now has. Before she even admitted to having a boob job, the pictures were a telltale. 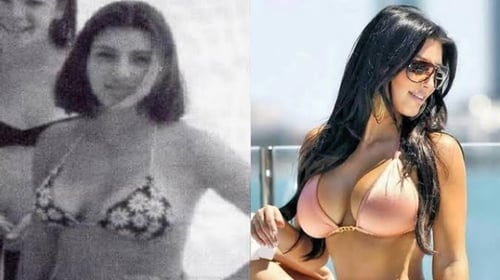 Having seen images of her back then and how she looks like now, expert surgeons believe that Kim had a breast enlargement surgery sometime between Keeping Up With The Kardashians season 1 and 4. Their belief is that the fullness to her breasts that is proportionate to her body frame is something that doesn’t happen naturally, especially when a person is grown.

Weeks before giving birth to her daughter North West in 2013, Kim had gained 23kg and she wasn't going out more often. After birth, Kim didn't make a public appearance before working, restoring her pre-pregnancy body back.

It is believed that she had a weight loss due to training and shedding post-baby weight –but expert surgeons are sold on to the belief that her time off the public eye was when she had a Liposuction.

Liposuction is a cosmetic surgery undertaken to suck out unwanted body fat from specific body areas such as tummy to a certain body part such as buttocks. After pregnancy, most females tend to undergo Liposuction so as to remove the unwanted body fat that could have accumulated during pregnancy.

Whenever Kim appears in public areas wearing a bikini, her tiny waist and wide hips are an obvious indication of fat transfer. Plastic surgeons believe that Kim had a Vaser Liposuction –a type of Liposuction that transfers the maximum amount of fat, surgically, in a short period of time.

“I got them lasered off!”

Those were Kim Kardashian’s words as she admitted that she had some work done to her hairline. Kim now has a neater hairline as compared to her early celebrity days.

The brow lift is a type of procedure that is designed to treat frown lines between the brows, and it usually elevates the height of one's eyebrows. The procedure is painless and it is typically done without the use of anesthetic.

The ultimate goal of Cheek Fillers is to define cheekbones. To perform this procedure, plastic surgeons and dermatologists use hyaluronic acid gel to fill cheekbones that might have lost volume due to aging.

Cheek fillers are one of the tons of cosmetic surgeries that Kim Kardashian has ticked in her to-do list. If you are to watch KUWTK from season 1 to season 12, you will notice changes on Kim's facial features –and this is a strong exhibit that she had cheek fillers to enhance her facial appearance. 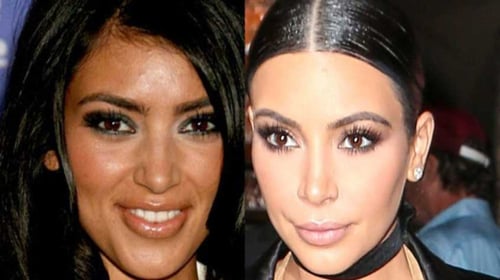 It doesn't to many hours to complete the procedure and the patient may have multiple sessions as cheek fillers are expected to last between 6 and 12 months.

The Brazilian Butt Lift (BBL) is one of the most popular cosmetic surgeries in the US.

By definition, BBL is a cosmetic procedure that is designed to improve the appearance of buttocks by giving them a natural incredible look and feel. The procedure involves the transfer of fat from one area of the patient's body to the buttocks. 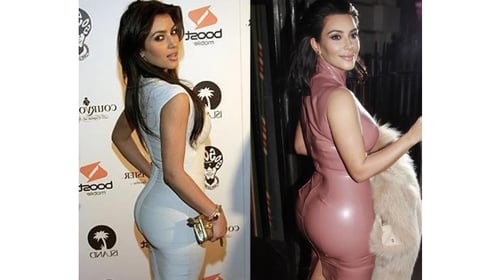 Celebrities like Nicki Minaj, Jennifer Lopez and obviously Kim Kardashian have have been linked to this procedure. Although Kim has long denied having enhanced her famous butt, expert plastic surgeons believe that she had fat transferred from her waist or stomach to her buttocks. 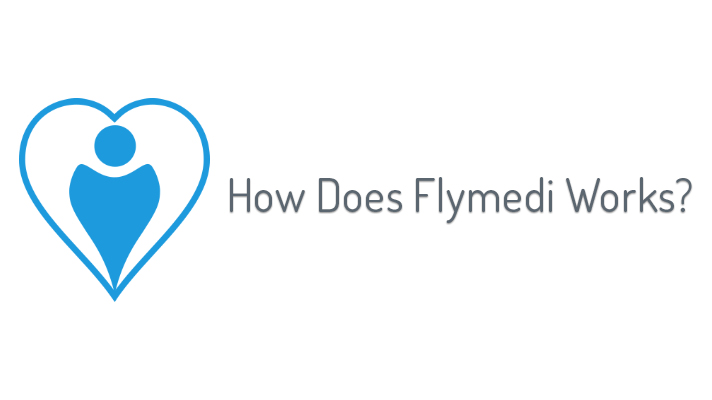 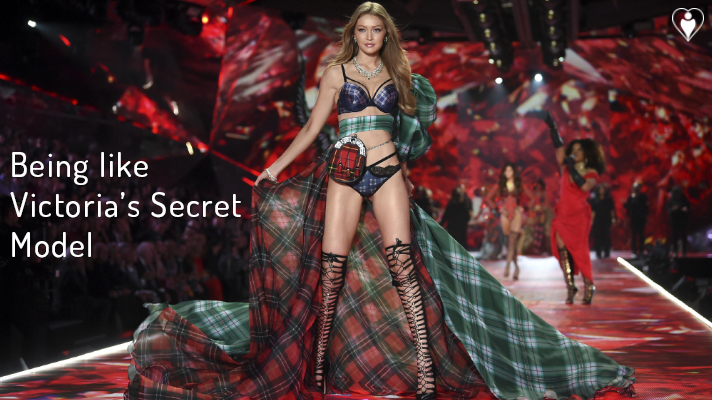